８ dead in ３ shootings at massage parlors in Georgia 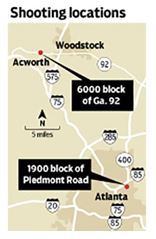 A 21-year-old man from Woodstock, who was captured in South Georgia on Tuesday night, is the suspect in three metro Atlanta massage parlor shootings that left eight people dead, authorities said.

Robert Aaron Long was first identified as the suspect in the shooting at Young’s Asian Massage Parlor in Cherokee County that left four people dead and one person injured, according to the sheriff’s office. He is also a suspect in two more shootings at similar businesses in northeast Atlanta that resulted in four more deaths, according to a sheriff’s office spokesman.

Six of the eight victims were Asian women, authorities said. 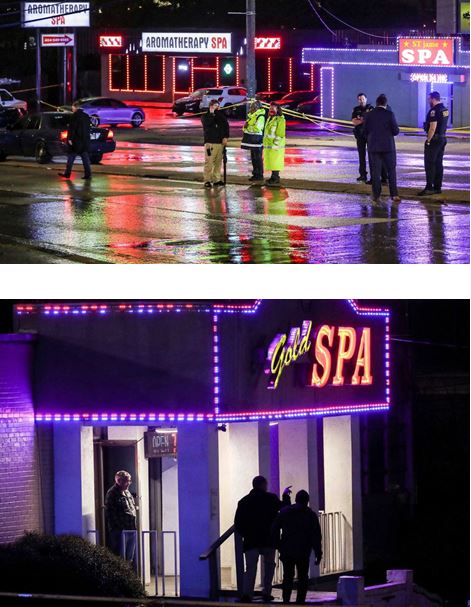